Is Your Foot Pain Plantar Fasciitis? 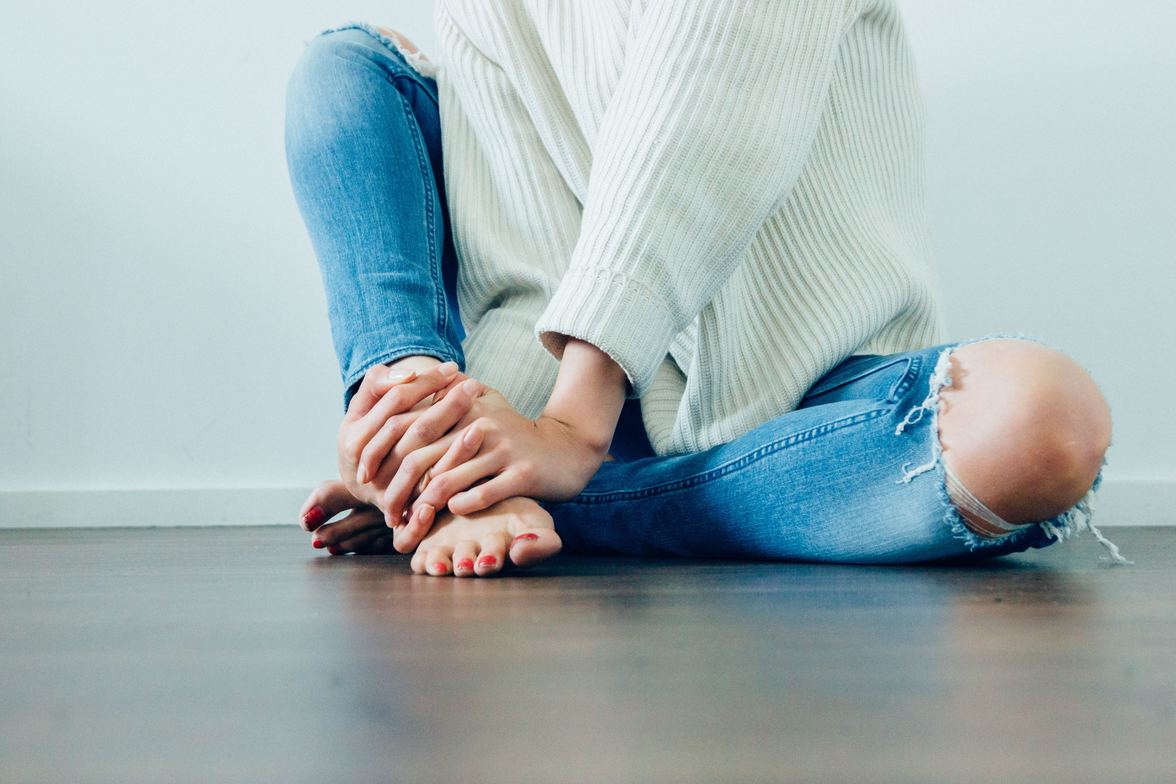 Hey, Desk Jockeys, this is Dr. Kevin Christie. Welcome to today’s show. We’re going to discuss plantar fasciitis. This is a common issue we’re seeing in most people including the desk workers. So we’ll touch base on what to look for, the different signs and symptoms that we’re dealing with and then some solutions for you. In the show notes, I will give you some corrective stretches and exercises that will also help you out.

As well as I’ve been invited by the American Posture Institute for their virtual Ergonomic Summit. And I will put in the show notes and on some future shows some information on that one, so I get a little bit more of the dates and times and some of the details of it. I’ll provide that with you. But I’m just excited to be invited to those two events, and one is live, and one is virtual. So it’ll be interesting and look forward to just trying to communicate and educate the masses and the desk jockeys.

First off, mainly without getting too complicated, plantar fasciitis is a pain in the bottom of the foot, in particular, the arch. And so you have this set of muscles in the plantar aponeurosis and this fascia which is why the term is fasciitis which is just inflammation of the plantar fascia. It spans from the heel all the way up into the toes, and it is that arch of your foot, right? The muscles you feel there and the different ligaments and tendons and essentially you get pain anywhere along that. A lot of times it’s at the heel, like right at the heel there.

And then many times this is associated with a heel spur and so people a lot of times have heard that term, heel spur which is just a spurring or a bony growth formation that occurs and can be painful. Sometimes plantar fasciitis is associated with the heel spur, and sometimes it’s not. You know, some people have heel spurs and have no pain. Sometimes people have plantar fasciitis, but no heel spurs. It can be different. There are many different causes, and then usually the spurring would be a little longer lasting.

And so you can have the spurring with plantar fasciitis or you may not. So it just depends on, and just because you have heel pain, it doesn’t mean you have a heel spur. An X-ray would show that just to know. And if there’s a pretty aggressive heel spur that can complicate things and make it more difficult to treat, so it’s good to know that for sure.

Many times the heel pain is mistaken as plantar fasciitis. And sometimes it’s just kind of a bruising or a pounding going on at the heel. I see that a lot, especially with my runners and such where there’s a lot of pounding. And sometimes all as I do is I recommend they get a pretty cheap insert usually at a running store. The one I like, there’s other ones, too, but Spenco inserts, they tend to be like $20 or $25 so a lot cheaper than these $300 or $400 orthotics. Which can be helpful which I’ll discuss in a minute, but for sometimes when you just have that heel pain and I actually to give you a story, I just had this happen to me about three weeks ago. I was standing in dress shoes at the convention here in Florida and just standing in dress shoes on a hard surface for a while, started irritating the heel of my left foot. And I didn’t have plantar fasciitis, I checked the other areas, and it just was bruising kind of, just like soreness.

So I ended up inserting the Spenco inserts because I have some in my office and it took it away, and now I’m fine. Whereas sometimes we would have mistaken that for plantar fasciitis and maybe gone to this whole rigmarole of treatment stuff and it not being the case. So there are some distinctions that need to be made there usually on the exam. Obviously, for me, it’s nice, I can examine my foot and see what’s going on and I took the necessary precautions.

But let’s say you have plantar fasciitis and let’s say you have the pain at the arch, it’s not getting better, it’s hurting when you’re waking up in the morning, especially or at night. As you’re walking or doing activities, it’s painful, especially as you say kind of walk over onto your toes and such and you just feel that real pinpoint pain at the arch, somewhere along the arch there. What do you do?

Well, first off, let’s see what’s potentially causing that. And there’s many things and a few that I’m going to hit on and the first thing that I look at when I get a patient with plantar fasciitis is the calves that whole posterior lower leg and the calves can be broken up into the gastrocnemius which is the two heads of the calf that you see on someone with a well-defined calf high up those two heads in the muscle. And then the soleus is a little bit lower down that blends into the Achilles tendon. I think everybody knows what the Achilles tendon is and that comes down and inserts at the heel.

Well, when you’re tight in the calves it’s going to pull superiorly up at that heel and then like a pulley mechanism it’s going to pull that plantar fascia top and make that tight. And then when that plantar fascia becomes tight it’s then going to tug on that insertion at the heel. And that’s why many times over time that tightness will lead to the spurring because any time you have a tendon that attaches to the bone, and there’s an excessive stress on there it’s going to respond and grow. That’s why we get all kinds of different spurring, degenerative spurring in the body as usually, the tendon attached to it is just yanking on it causing that reaction to happen.

And so a lot of times the mistake people find themselves into is they get treated for plantar fasciitis, but the calves are never addressed like the tightness back there. So that’s the first thing I look at and usually treat is getting on the calves from a manual therapy standpoint but then also from giving them stretches and such. And so really make sure that’s not an issue.

The second thing is you want to make sure you don’t have excessively flat feet. When that foot becomes too flat during movement it’s going to put a stretch on that plantar fascia, if you can imagine that arch just flattening out, it’s going to stretch that out consistently, and it can also cause excessive stress on the area. So that’s a big one as well.

Or if you have high arches that do not pronate at all. The term pronation is not a bad thing. You want pronation in your foot; you just don’t want overpronation. And so overpronation is that over flattening of the foot. But when you have the high arch it doesn’t absorb the shock of walking or running or moving well, and it’s rigid, and it causes all kinds of foot dysfunction, and it causes knee and hip and back issues as well. But for the sake of our conversation today it causes a lot of different foot issues, including plantar fasciitis.

So those are a lot of times the things I’m looking at. I’m also looking at the big toe extension. You should have, give or take 65-70 degrees of the big toe during extension so like when you’re toeing off, whether you’re walking or doing any movement, if that toe doesn’t move well or you have a severe bunion, it’s just not extending that actually is going to cause extra stress in that plantar fascia as well.

There’s a scientific term called the windlass effect, and that’s just the biomechanics of walking where the distance between the heel and where the toe pushes off is can change negatively if you’re not getting the big toe extension and that causes a lot of stress in the plantar fascia as well. So definitely checking that out.

To summarize what we’re trying to look for from the indirect causes of it are, again, tight calves, either a very flat foot or a high arch or a lack of big toe extension in the toe. There are other things that can cause plantar fasciitis. Those are the main ones I want you to take home today.

And then from a management standpoint if you are dealing with this I highly recommend getting some treatment. We do a lot of manual therapy on it to try to loosen up the calves in the plantar fascia, provide some calf stretches to do, even some foot exercise that can be done. And I’ll put some of that into the show notes for your reference at moderndeskjockey.com. And you can see those.

But essentially that’s going to be what we would do at our office. We also do deep tissue laser therapy which is helpful. I know some podiatrists do some really good work with it as far as some modalities that they use. And then yes, if you suffer from that flat foot that’s just really overpronated, you may be a candidate for some more traditional prescribe orthotics. That might be a little bit more money than the inserts I mentioned but for many people well worth the investment. So I recommend that for a lot of folks with plantar fasciitis.

Alright. Just basically what I wanted to discuss today as far as the condition of plantar fasciitis, understanding it. Yes, there is the Strassburg Sock you can wear at night if the night issue is a problem. You can also avoid walking barefooted on hard surfaces, especially at home, wear your sandals around. I would just highly recommend proper footwear as well. I would always go to a running store to get your tennis shoes. Even if you’re not a runner they can assess your foot and see what’s going on with it, if it’s high arch or flat foot, neutral, give you the right type of shoe for that. So take that into consideration as well.

And so really, really try to prevent this from happening by doing calf stretches. I see so many desk workers that are active but then also are wearing dress shoes and high heels and things like that end up with all kinds of foot dysfunction. So I thought it would be a really good topic for you today. So take that advice, there will be more information in the show notes and start stretching those calves preemptively. Have a good week. 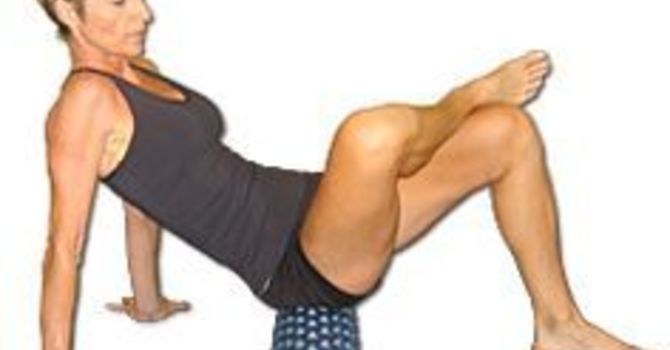 Is Piriformis Syndrome Causing Your Sciatica? 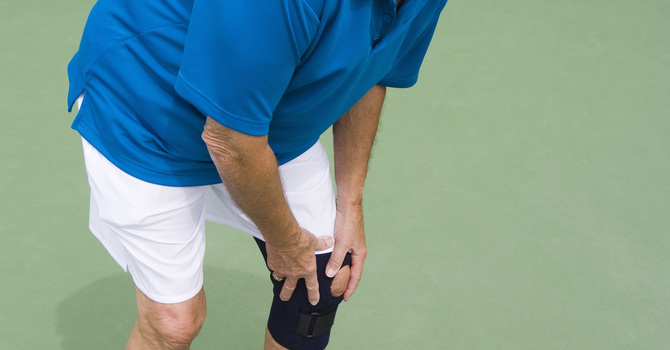 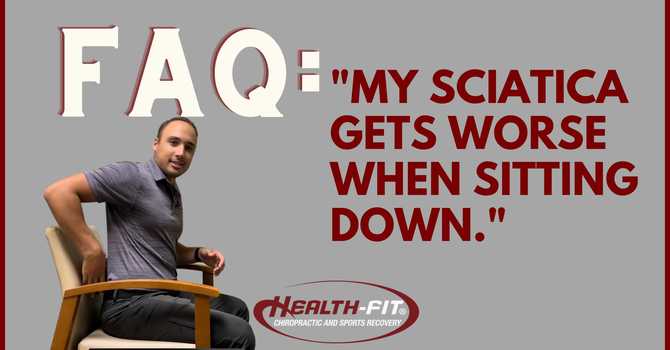